Back to Browse by Speaker 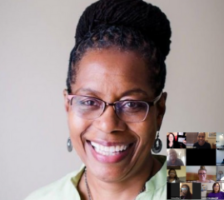 Jennie Joseph is a well respected health advocate for women and newborn babies. A British-trained midwife, Jennie has become one of the world's most respected midwives and authorities on women's health: healthy pregnancies, healthy deliveries and healthy babies. She has become a true advocate for systematic reform that puts women and babies first in healthcare; before profit, convenience and the numerous reasons America trails other developed nations in healthy births. Jennie's common sense approach has won her the attention of global news media and brought her invitations to speak all over the world. Jennie is the founder and executive director of Commonsense Childbirth Inc. and the creator of The JJ Way, a common sense approach designed for women and children. Jennie has worked extensively in European hospitals, American birth centers, clinics and homebirth environments. She has been instrumental in the regulation of Florida midwives since the 1990s and has been involved in midwifery education since 1995. Jennie firmly believes in patient-centered, woman-centered care and works tirelessly to support the systems, providers and agencies charged with delivering that type of care. Until women and their loved ones feel that they have enough knowledge and agency to be part of the decisions around their care and until they have access to the education and support that they are lacking, they will continue to be at risk.  - Jennie Joseph.